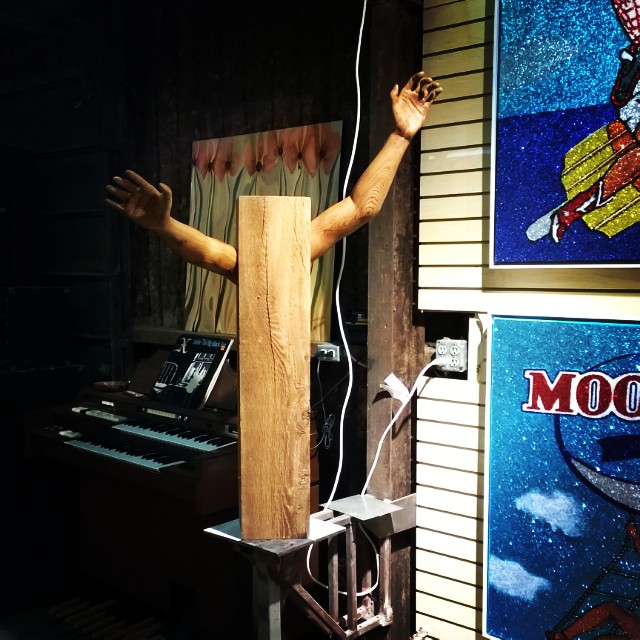 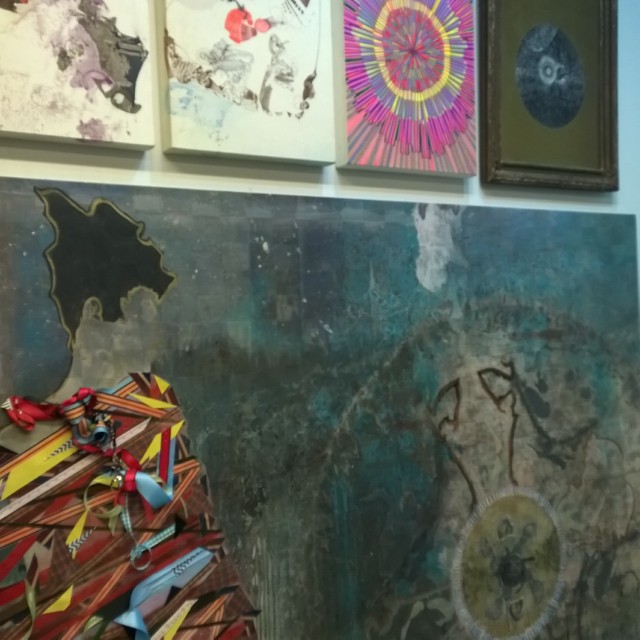 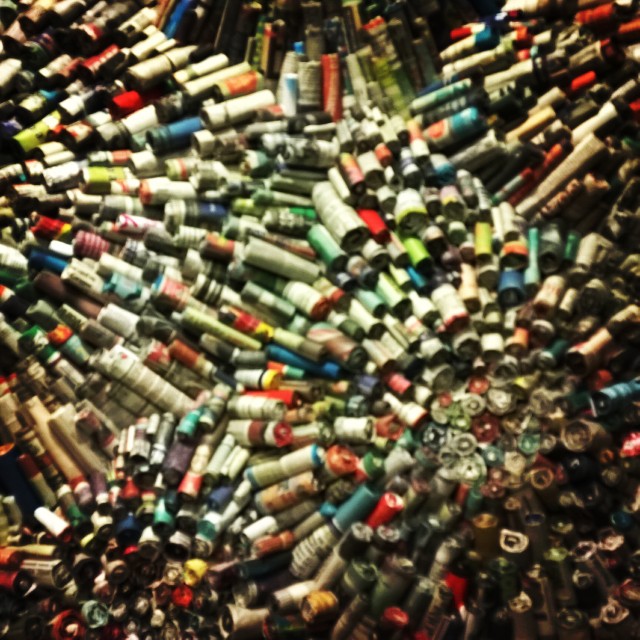 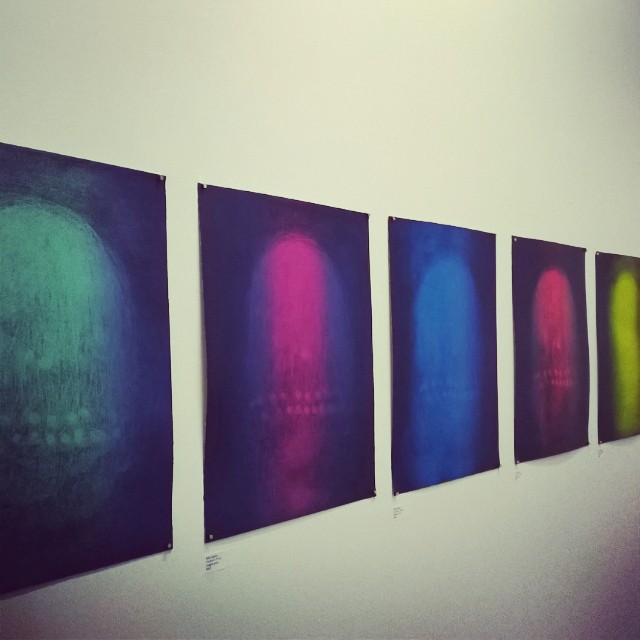 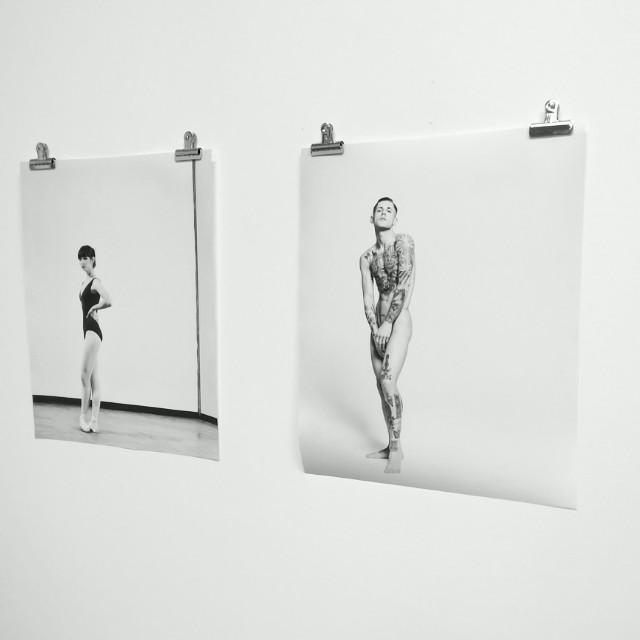 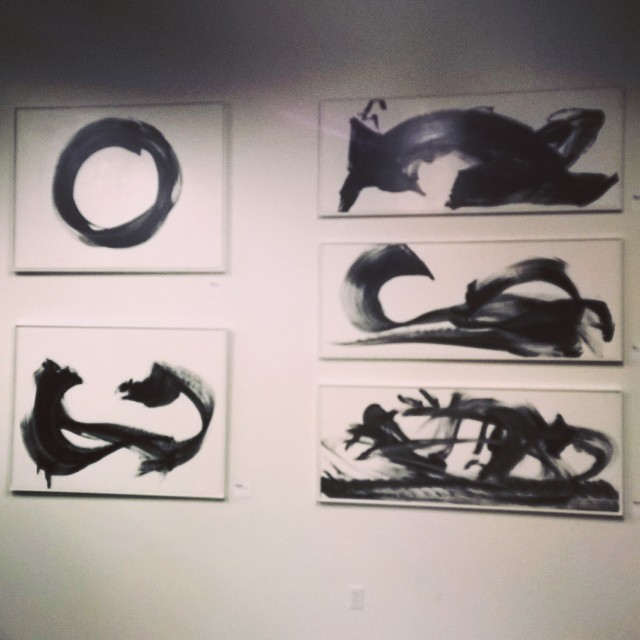 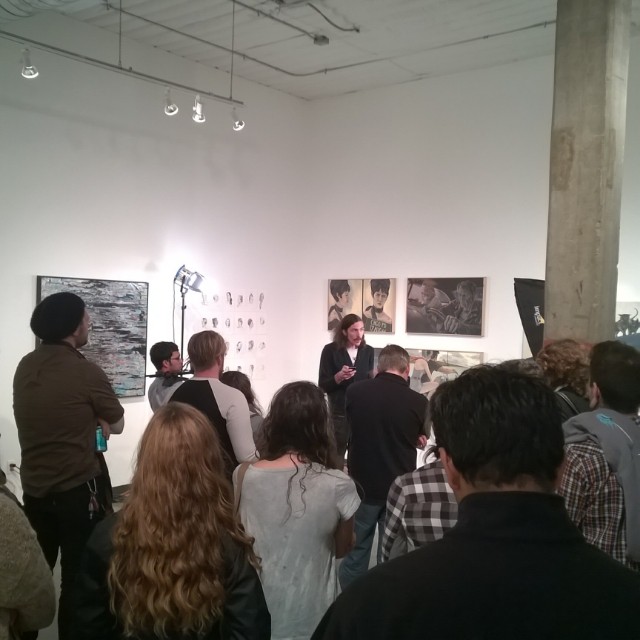 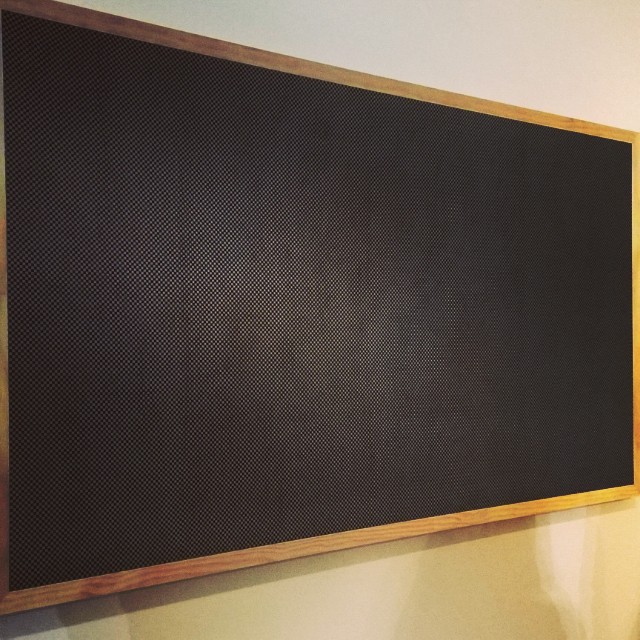 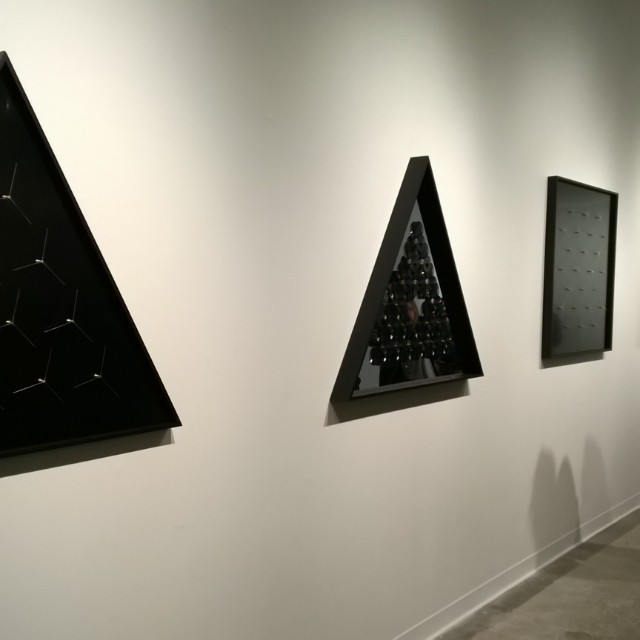 We attended the new photography exhibit by Denise Prince, Tractatus 7. Here Denise recreates and recomposes elements of high-fashion photographic advertisement into a counterargument against it in a surprisingly playful manner.

Her compositions remove the standard svelte and belted models and refocus on trauma victims, people with obvious and terrible disfigurements as a response to the fantasy on sale. Her subjects have  had the opportunity to pass through crisis and live, yet not unscathed. Ms. Prince argues that their experience brings a profundity and drama to the stage as she recreates and reimagines the ads, implementing couture and aesthetic elements on subjects that would be hard pressed to grace the cover of Vogue. She is correct. The artwork is sad and beautiful and disturbing and wonderful. Ms. Prince captures the movement and the life of the high-style on hand  with a breakneck spin and a soft laugh.

Viewing the series, there was an air of meaning to the compositions though delightfully undercut with a sense of humor. She has left a number of elements of the actual photography sessions visible such as a tripod here, a reflector there. This gives the work a raw, almost candid nature that serves to lighten what could otherwise be perceived as an overly-aggressive statement. In the end, she sends up fashion and advertisement. She says there is deeper meaning found through the optics of examination and experience, but its gravity need not overwhelm.

A few notes on the opening itself. The show was held in a gigantic room under construction and rife with exposed concrete, drywall and plate-glass windows. Perfect. We arrived shortly before a choral group began incantations. Henry actually walked in during this performance and was blown away by the choral and by the space as much as I. The solemnity belied the festive atmosphere of an opening. 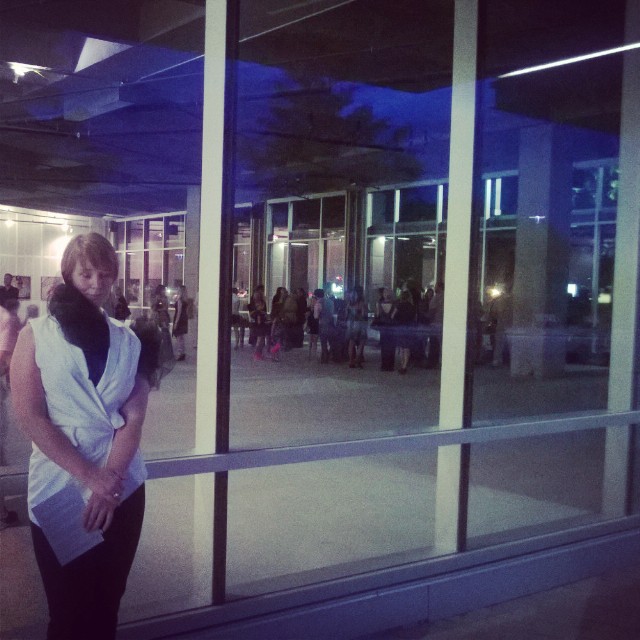 Attendees were dressed fashionably, not the least of which was my companion Liz Vowell of LittleWhiteLithe.com She wore her Fichu one-shouldered and dramatic beneath her white jacket wrap. Couture, fabulous shoes and delightful cheese and wine spreads make for a great party! Merriment was had.

Two pieces in particular stood out to Liz and myself. The first held it’s subject in the center of the composition peering to the right. There is a hard vertical of background and the lines of the piece fan lightly to the left incorporating the actual disfigurement of the subject, the arc of the hands of a clock face and the background elements of the wall behind.  The hidden asymmetry was stunning.

The second, was my favorite. It was a studio beach scene with an air of peace and merriment.  Elements of the actual shoot played in the background of the photo while a woman too thin for her own skin posed in the middle, decked out in Missoni. Behind and beneath was the constructed beach false by its nature, yet the placement of its picket fence caught my eye. The fence was fanned as if atop a small hill. Somehow, between the subject, the clothes and this ridiculous setting, Denise’s point came across. Trauma and levity: fashion.

Stepping away from the exhibition, we picked up a small favor. This most clever punch of all was a memento prescribing ‘remember that you will die’. Only an artist would give out boxes of matches festively adorned with the portrait of a burn victim.  But there you go. That was the kind of night it was, which is to say excellent. 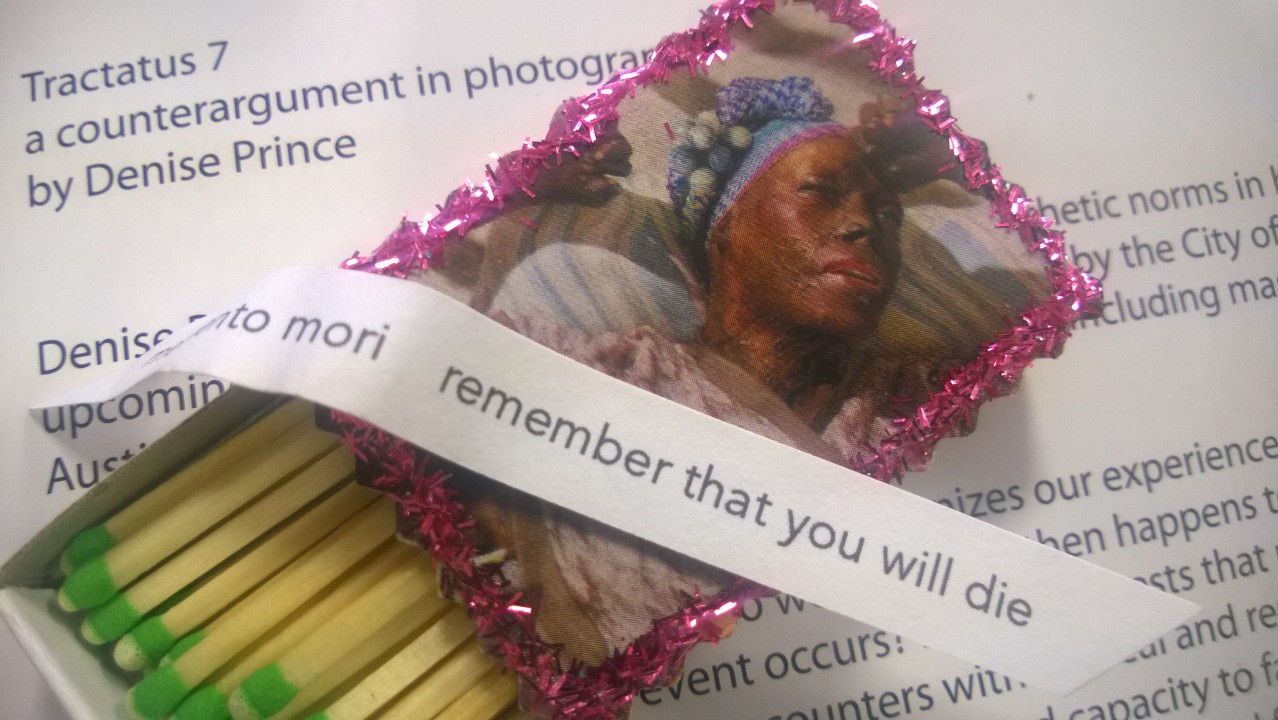